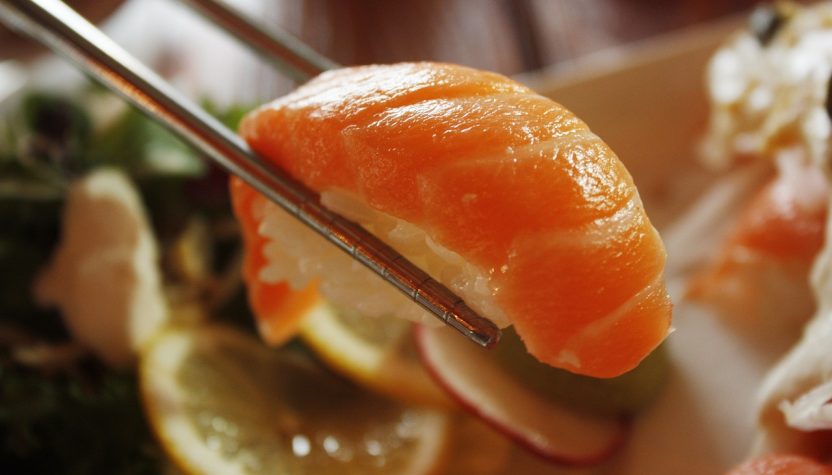 Immediately upon opening in 2017, Kado no Mise almost immediately established itself as one of Minneapolis’ finest sushi restaurants. The name, translating to “corner restaurant”, was one of the first to bring Tokyo’s Edomae-style sushi bars to the Midwest. While you won’t find California Rolls on the menu, this restaurant is famous for upholding the history and rituals of Japan and, more importantly, for serving impeccable sushi masterfully prepared under the watchful eye of Tokyo-trained chef Shigeyuki Furukawa. Meals start with a glass of warm buckwheat tea and a hot towel, and menu options include a 10-piece nigiri set with fish such as kobujime (kelp-cured salmon) and inada (young yellowtail). Try finding that at your local sushi restaurant. More familiar options such as toro are also on the menu for the less adventurous. The restaurant’s counter-only omakase is particularly popular at the restaurant and a must-try.

Chicago is home to many famous sushi restaurants, with Kai Zan firmly belonging in that group. Started by identical twins Melvin and Carlo Vizconde who honed their skills at several popular sushi restaurants in Chicago before starting out on their, Kai Zan is an energetic and risk-taking restaurant located in Humboldt Park, a location where many wouldn’t consider a likely location for high-end sushi. Despite the location, the restaurant has established itself as a favorite amongst sushi and seafood fans in just five short years. The restaurant’s omakase is a favorite of customers due to its innovative flavors, presentation, and unique creations such as the Orange Rush, a piece of seared salmon wrapped around a citrus-kissed scallop presented on a scallop shell. It’s a must try in Chicago if you’re looking for a unique sushi experience.

Prior to opening the omakase-only Kame Omakase in 2016, Chef Eric Kim had already made a name for himself in the local Las Vegas sushi scene at Yummy Grill & Sushi. Kame Omakase is a small restaurant, with space for just eight diners and just two seating per night. The 16-20 course meals, more like journeys, are everchanging depending on season ability and availability. Chef Kim is fond of live preparations, and you’ll often see him preparing seafood as such octopus tentacle or hairy crabs from Hokkaido. If you’re in Las Vegas and looking for a memorable experience and the opportunity to try rare seafood, you need to visit Kame Omakase.

It’s no surprise Hawaii is home to so many excellent sushi restaurants – the island is surrounded by water and the abundance of quality seafood is overwhelming! One unique aspect about sushi restaurants in Hawaii is that the modernist, fancy restaurants usually serve mediocre sushi. When in Hawaii, you’ll often find that the no-frills, hole-in-the-wall joints usually serve the best sushi. This is exactly true when it comes to Kin Chan, a small sushi restaurant that ditches all the smoke and mirrors to focus on serving the freshest, tastiest, and expertly prepared sushi available. The restaurant seats just 12 people, and you’ll find yourself surrounded by simple bamboo art, sake bottles, and just three people working at the scene. The Kin Chan special is popular for its generous portion size, and features seasonal sushi and sashimi, including Japanese river real, otoro tuna belly, and king crab amongst many others. At the end of the day, it’s about the fish on top of the rice, not the restaurant’s décor.

Another Chicago sushi restaurant that makes the list is Kyoten. Owner and head chef Otto Phan is a famous sushi chef who made a name for himself in Texas, before heading north to Chicago to start his reservation-only omakase restaurant with Michelin star aspirations. The restaurant offers just two seatings a night and its minimalist eight-seat sushi counter, but it’s not the décor or ambiance that makes this restaurant so special. The attention paid to everything, from the fish flown in directly from Japanese markets, to the freshly made wasabi, to the accompanying sake that compliments the sushi so well, is what makes scoring a seat at the restaurant such a fantastic experience.